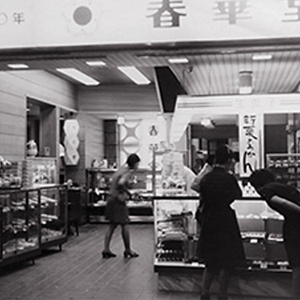 Now boasting 130 years of history, Shunkado began as a small, Japanese-style confectionery shop in 1887. Our flagship confection, the Unagipie Pastry, has been known for 55 years as the signature souvenir of Shizuoka Prefecture, the land of Mt. Fuji.

The Unagipie Pastry was created by Koichi Yamazaki, the second president of Shunkado.

Koichi found his inspiration while traveling, when conversation turned to the topic of his hometown in Hamamatsu City. He discovered that while nobody knew the name of Hamamatsu, Lake Hamana, located on the western edge of the city, was renowned for its delicious eels, or 'unagi' in Japanese. Inspired, Koichi began to create sweets incorporating eel extract, and the result is the Unagipie Pastries that still stand as a beloved souvenir of Hamamatsu to this day.

Drawing on their practiced skill and accumulated experience, Unagipie Artisans slightly adjust the ratio of their ingredients, change the pressure of the rolling pins and control the temperature of the oven based on fluctuations in the atmospheric temperature and humidity
—or even based on the condition of each individual ingredient. While the procedure may seem simple, it takes over 10 years to be recognized as a professional Unagipie Artisan. It's their skill and dedication that have enabled Unagipie Pastries to become the souvenir of choice for so many people for so many years. 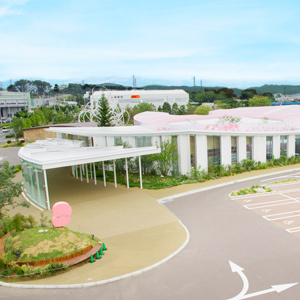 ＜ Looking to the Future ＞

From its beginnings in 1887, Shunkado has carried on the traditions of Japanese 'wagashi' sweets, using local ingredients while passing on its artisans' craft from one generation to the next. Even today, Shunkado continues to strive toward new innovations.

Today, roughly 50 Unagipie Artisans and 20 wagashi artisans and pâtissiers work to bring out the best in their ingredients, demonstrating their deep appreciation for the natural bounties by which they were provided.

Following on the opening of the Unagipie Factory in 2005, Shunkado opened the nicoe facility in 2014, which provides opportunities for children to experience the importance of craftsmanship and hand-made artisans' techniques first-hand.

The nicoe facility aims to open the door to a new kind of sweets culture and new styles of sweets, all while supporting the development of Hamamatsu City as a whole -and of course, bringing smiles to people's faces at the same time! 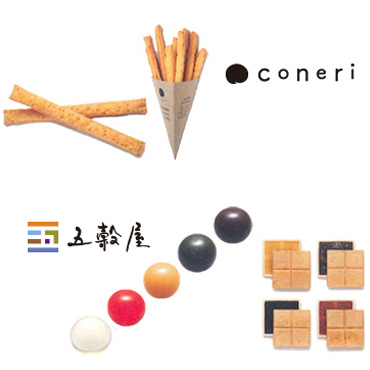 nicoe focuses on dietary and vocational education, with regular confectionery demonstrations right before visitors' eyes. Be sure to keep an eye out for demonstrations of products from our two new brands, the traditional-style Gokokuya and doughy coneri pastries!

nicoe also offers an Italian buffet called The Courtyard Kitchen, as well as an indoor children's playground and nicoe garden, allowing visitors to relax and enjoy the atmosphere as they choose. And of course, Shunkado is right on-site as well!

Shunkado aims for Unagipie Pastries to be recognized not only as the definitive confections of Hamamatsu, but also as the representative confection of Japan as a whole.

We wish you a wonderful experience with Shunkado sweets!